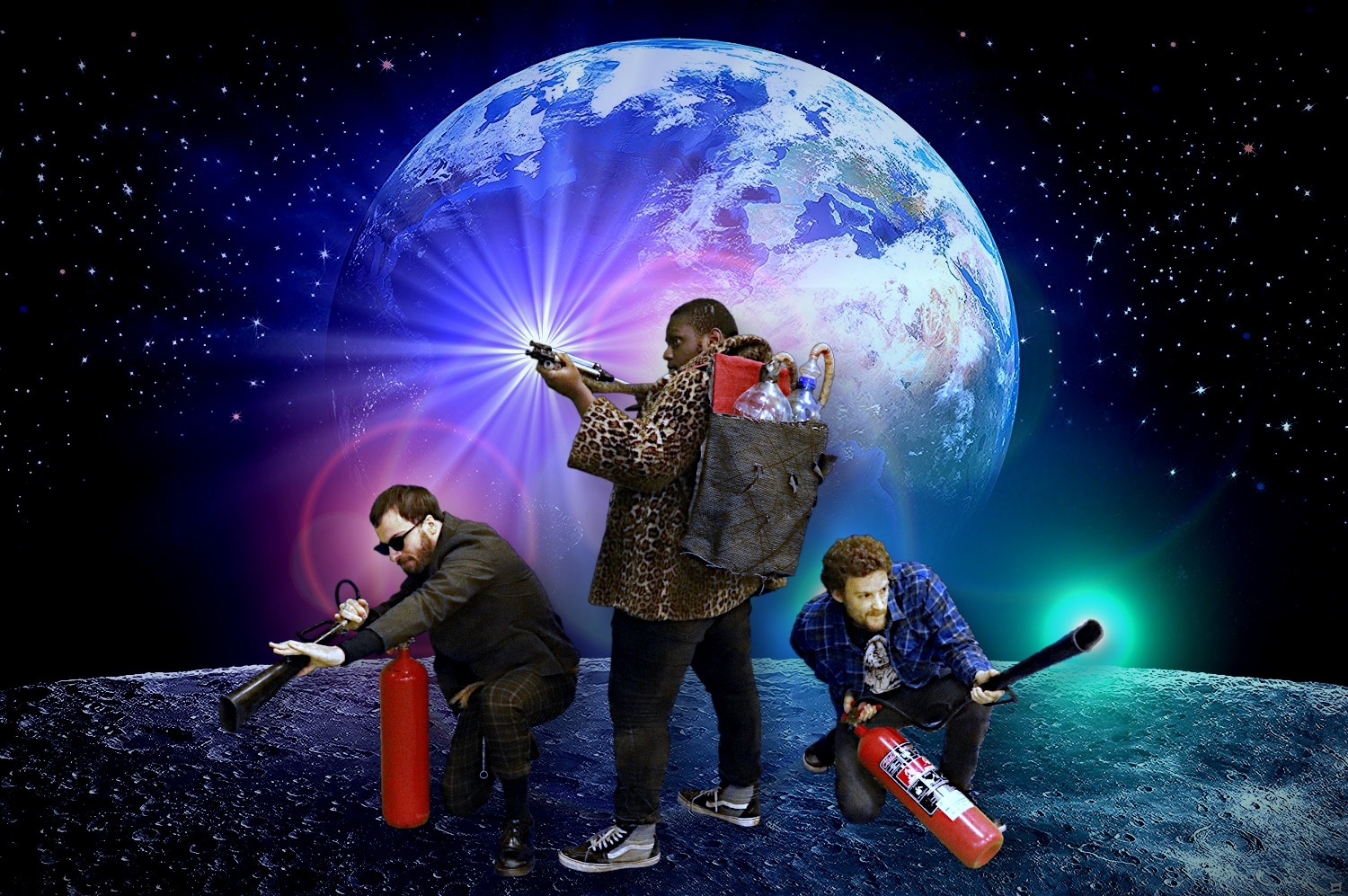 Released on Now Now Just Now in July, the Loose Ends’ debut EP is a maelstrom of low-end riffs, drenched in a miasma of effects that frequently channel more shoegaze than the seventies psychedelia referenced by the band. In short, it’s a dream Endless Daze set from the heart of Cape Town psych rock that maintains the edge and vigour of live performance without sacrificing an ounce of studio polish.

Consequently, what’s possibly most impressive about the release is the good humour with which it’s pulled off. More than 50 years after artists first started mixing overdriven guitars with the psychedelic, and endlessly reverent waves of imitators have since cemented “psych rock” as shorthand for an entire subculture of hazy nostalgia, commitments to the legacy of the genre can often seem tired, at best. This pervasive image can obscure many of the genuinely exciting contributions made by younger bands, but in fully embracing these commitments, The Loose Ends move beyond their trappings and celebrate the sheer fun that is responsible for so much of their enduring appeal.

As much of a shameless romp as the songs can be – what with frequent left-turns, tempo changes, and more than a pinch of space-rock camp – the focus and gravitas of Sihle Mkhize’s vocal delivery keeps the six tracks decidedly earth-bound with a knowing sincerity that elevates the mercurial instrumentals and the release as a whole.

The rage and frustration that simmers beneath the haze also lends a certain legitimacy to the straightforward 4/4 breaks that dot the EP. Breakneck grooves feel earned – bursts of unrestrained energy that would quickly fall flat without the diversity and mastery of the trio’s songwriting.

The symbiotic nature of the songwriting process is evident throughout the EP, and drummer Bradley Croome feels the songs capture much of the band’s growth over the last few years.

“We have explored a few sonic landscapes with no set style in mind. We all have quite vast influences, and we have allowed ourselves the freedom to explore ideas. We typically write songs quite quickly in the moment, which may start with a bass riff, guitar melody or drum groove and then we will jam it out, exploring structure and potential twists and turns, looking for the slightly unpredictable and psychedelic avenues we could take. The lyrics may only follow later, or Sihle will start to drop a few catchy bars to aid the feeling we are going for, which will get fleshed out further later. So basically, the band’s style allows room for random ideas to enter and get tested.”

This energy translates remarkably well on the record, not just in terms of songwriting but production as well. While the band produced the EP themselves, recording and mixing were handled by Desmond Kannemeyer of The Runaway Nuns, with Warren Fisher taking on mastering duties.

“The EP recording session took place in September 2019, and the mixing and mastering followed a couple of months after that. So we have actually been sleeping on this release for a while! Initially we were looking to release it closer to a tour we had planned to Joburg in March this year, but the lockdown came around and it all got put on hold until July. From a recording point of view, we were definitely aiming to incorporate a live feel, initially looking to track all instruments in one take together, and lay vocals over in another. So we gave ourselves one afternoon to get the instruments locked down, as we couldn’t really afford a session longer than that, and also were looking for a pretty quick turnaround. We played each track through without a metronome, to allow for an honest reflection of how we play live, which kept things a little loose and raw sounding. Then Sihle spent some time crafting the vocals for it, and I think there may have been one or two sneaky guitar dubs to beef up the sound a little more.”

Mkhize has reiterated the organic, almost subconscious way in which the group writes their songs, and this approach carries over to his lyrics as well. With regard to inspiration, he says that “Most of the time, it’s whatever is going on in my head on the day. I’m never really sure what a song is going to be about until the words start coming out.” Nevertheless, the cohesion of this approach across all aspects of the music is palpable, and due in no small part to the confidence with which the group can channel that energy with the tools at their disposal.

Guitarist Kyle Ramoon attributes much of their sound to Mkhize’s “spaceship” of an effects pedal board, with his personal favourite being the TC Electronic Sub ‘N’ Up guitar pedal that features heavily on the band’s newer (and as-yet unreleased) material. However, Mkhize claims he hadn’t “gone too crazy” with pedals at the time, and recorded the songs on his Epiphone EB-3 through an Ashdown MAG C410T 300 EVO II bass amp and T-Rex Bass Juice or Fender Sublime pedals.

Although the group admits their frustration with not being able to tour or perform the release live, they seem optimistic for the future, with Ramoon explaining that the group’s sound has already evolved somewhat since the recording, and teasing a host of “new innovative aural energies” to come.

“Stay tuned for more in the near future.”